news Back to news
Awards 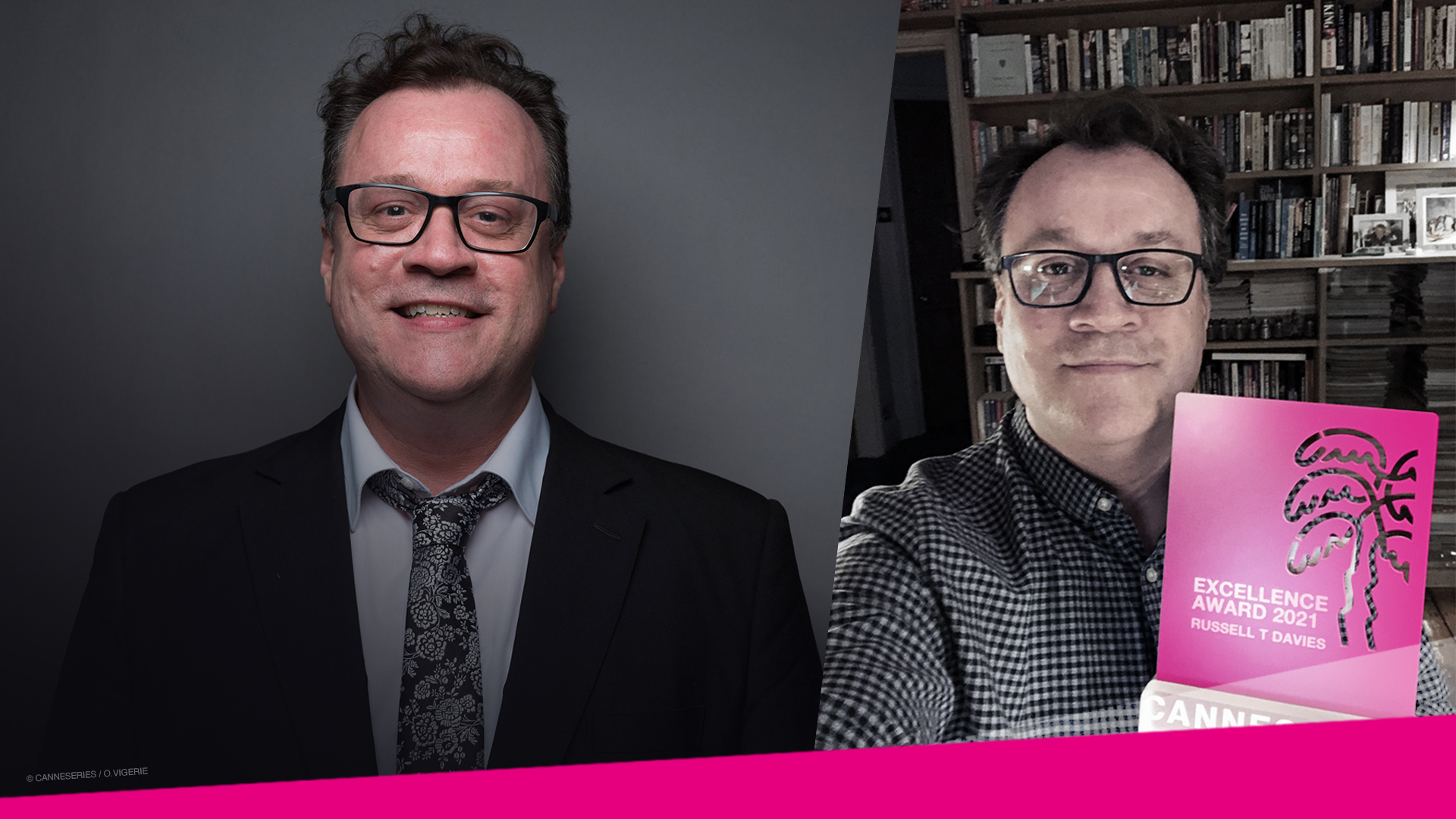 CANNESERIES is very pleased to honour Welsh creator, writer and producer Russell T Davies with the 2021 Excellence Award. After having been awarded to actors Dominic West and Patrick Dempsey, it is the first time that this award distinguishes a showrunner. A committed and visionary author, his creations have deeply impacted the small screen for three decades, from Queer as Folk and Doctor Who to the recent Years and Years (presented in Out of Competition at the closing ceremony of Season 02).

His latest series, It's a Sin, will be broadcast exclusively on CANAL+ from March 22. It's a Sin, which follows the explosion of AIDS in London's gay community in the 1980s, has already been a huge critical and public success in its native country, becoming the most binged program on Channel 4, its original broadcaster.

On March 23 (the day after the broadcast of It's a Sin on CANAL+) will be available on the CANNESERIES YouTube channel, an hour of exclusive conversation with Russell T Davies during which he will answer questions from Marion Olité (editor-in-chief of Konbini Biiinge) on his career, his work and his commitments.

Russell T Davies started out in 1991 when he wrote “Dark Season”, a sci-fi series. Two years later, he writes a second sci-fi series for children “Century Falls” and produces the show “Children’s Ward”. Broadcasted in 1998, “Queer as Folk” was a great success worldwide. It was the first series with gay main characters. In 2001, he writes “Bob and Rose” and two years later, the religious show “The Second Coming”. In 2005, Russell T Davies, a “Doctor Who” fan since childhood, participates in the writing of new episodes and creates a spin-off, “The Sarah Jane Adventures”. In 2015, he breaks new ground with his triple series “Cucumber”, “Banana” and “Tofu”, three different formats about one main subject: the first is the main narrative, the second focuses on the LGBT characters and the third gives the floor to unknown people and actors to discuss LGBT-related themes. In 2019, “Years and Years”, a series he had been working on for ten years, is finally broadcasted. This dystopia follows the world’s transformations from 2024 to 2030 through the life of a British family. His last series, “It’s a Sin”, assembles all of the subjects he has treated over the years: family, friendship, community and identity. The series is a great success.